Blog - Latest News
You are here: Home1 / Blog2 / ZhongXu and His Math Teacher

ZhongXu had made obvious progress in Math study since he started remedial Math course in our program.

His score increased from 50 at the beginning to 80 now. ZhongXu’s Math teacher had paid a lot of efforts to help ZhongXu achieve such progress. He was very responsible and restrict to ZhognXu. At the beginning, ZhongXu’s progress was not apparent. The teacher said, “I would not take a penny if the kid’s grades did not improve!” This September, he was informed that ZhongXu was adopted and would go to America at the end of October. However, this did not change his being responsible for ZhongXu’s study. The Math class continued as usual and when the last class was over, there was such a scene: A man rushed out of the classroom with hands covering his face, with a kid running after him, yelling, “Wait a second! Teacher!” 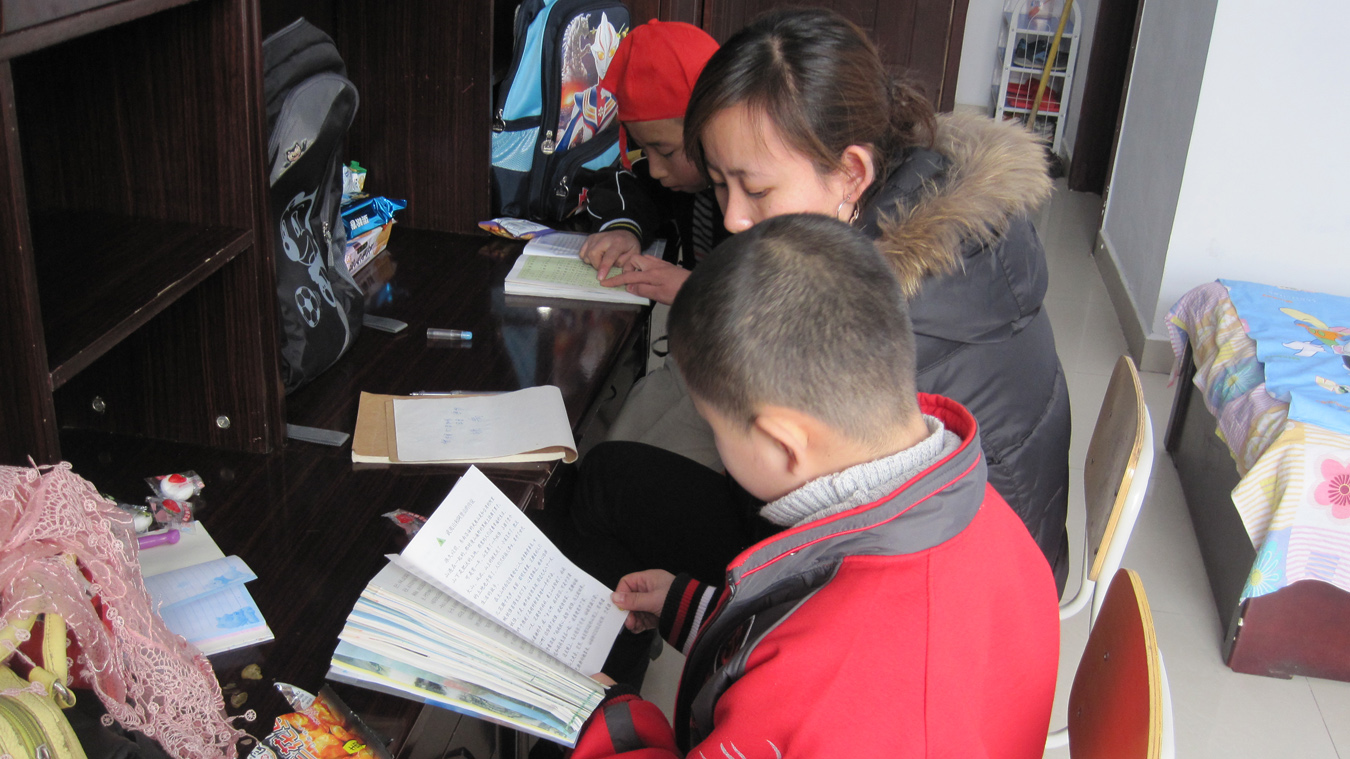 The math teacher went to the mentor before the last class and gave her a long letter. The letter was mainly talking about his concern about ZhongXu. His concern was exactly like the concern from a father towards a son. Mentor Fu Yan was deeply touched. She had never thought that such a solemn and inarticulate man had such subtle emotion and cared ZhongXu from the deep of his heart. At the end of the class, the teacher came to Fu Yan again. He gave her a present and asked if she could help give it to ZhongXu. He said, “Miss Fu, I am afraid there would not be any chance that I could see him again. Please give him this gift and also my instant messenger account. Please tell him that if he had any troubles there, I would love to listen to him.” It took Fu Yan a long time to persuade him to give the gift to ZhongXu by himself. When the teacher handed ZhongXu the gift and said, “take care when you are in America’, his tears burst out. He turned around and ran out of the dormitory. ZhongXu was shocked and after a second. He ran out too. And came the scene I mentioned at the beginning.

I did not know how these two said goodbye to each other, but I believe that ZhongXu and the teacher would both remember for their whole life.

My Heartfelt Wish For JingJing
Scroll to top