Blog - Latest News
You are here: Home1 / Blog2 / Under the Splendid Sunshine

ShunSheng was sent to our program in 2010.

He was very afraid of the strange new environment and people when he just came. Grabbing the hand of the teacher, he tried to drag her out of the classroom, and he said faintly with tears in his eyes, “Sister, go, Sister, go…”

What we at first could do was to get to know him more and give him time to gain trust in us. He had difficulties in drinking and swallowing, so the teacher fed him toothful at a time and helped him hold his bottle when he drank water. Besides, we also encouraged him to try things by himself. The teacher asked him whether he would like to stand in front of the class and call names before snack time. He was shy but nodded his head and followed the teacher to the front of the classroom and opened his mouth.

Under the care, company and encouragement of the teachers, ShunSheng gradually got used to the new life in the orphanage. Every morning, he would walk to me and greet me. He often shared the candies that his foster mother gave me. Once he saw a child crying, so he lifted his left hand to wipe the child’s tears on the cheeks, but his rough skin on his hand, because of the fire burn, frightened the child. Noticing the astonished and scared face of the child, ShunSheng was nervous and awkward. I told him it was okay. He lifted his right hand to wipe the tears and said softly to him, “Don’t cry. Let’s play together.” 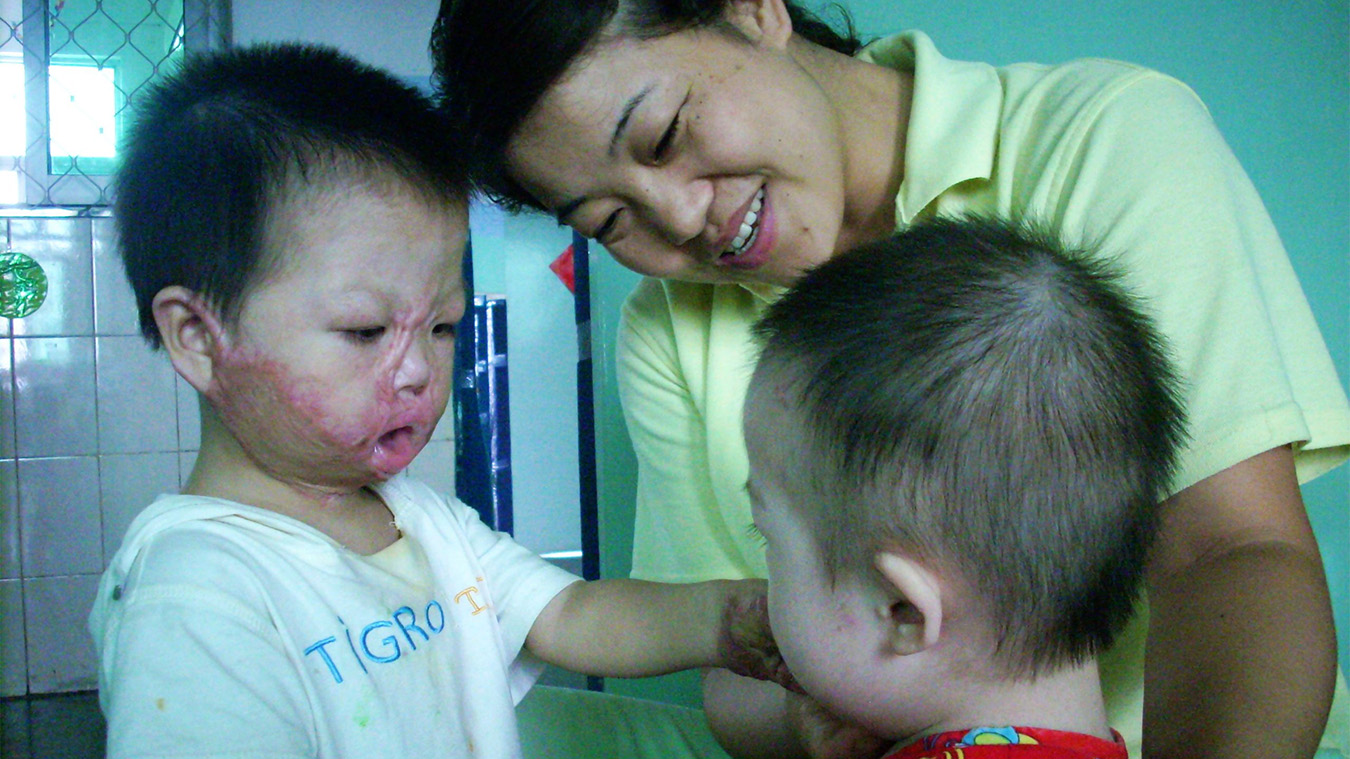 Now ShunSheng can drink, eat and put on shoes on his own. His left hand is as strong as his right one. Once, the teacher asked the class to decorate calabash. The teacher said to ShunSheng, “I am so curious about what you are going to do with it.” ShunSheng smiled and said, “It is a secret. You will know later.” He grabbed the calabash on the “belly” tightly, and used colored pens to draw on it. After a while, he put down the pen and showed the work to the teacher, “Look! It is a butterfly”.

ShunSheng himself is changing like a butterfly out of a cocoon. He is always full of creative ideas. One day the snack was everyone’s favorite-potato chips. ShunSheng took very small bites on the chips, one bite on the left side, one on the right side. Suddenly he walked to the teacher and said, “Look, it is a fish!” I was so surprised at what I saw: it was a fish, with head and tail! Thumbs up, I praised ShunSheng and asked him to share his idea of biting the fish out with all other children. ShunSheng stood in front of the class in the loud applause and started to invite everyone into his sea of imagination. 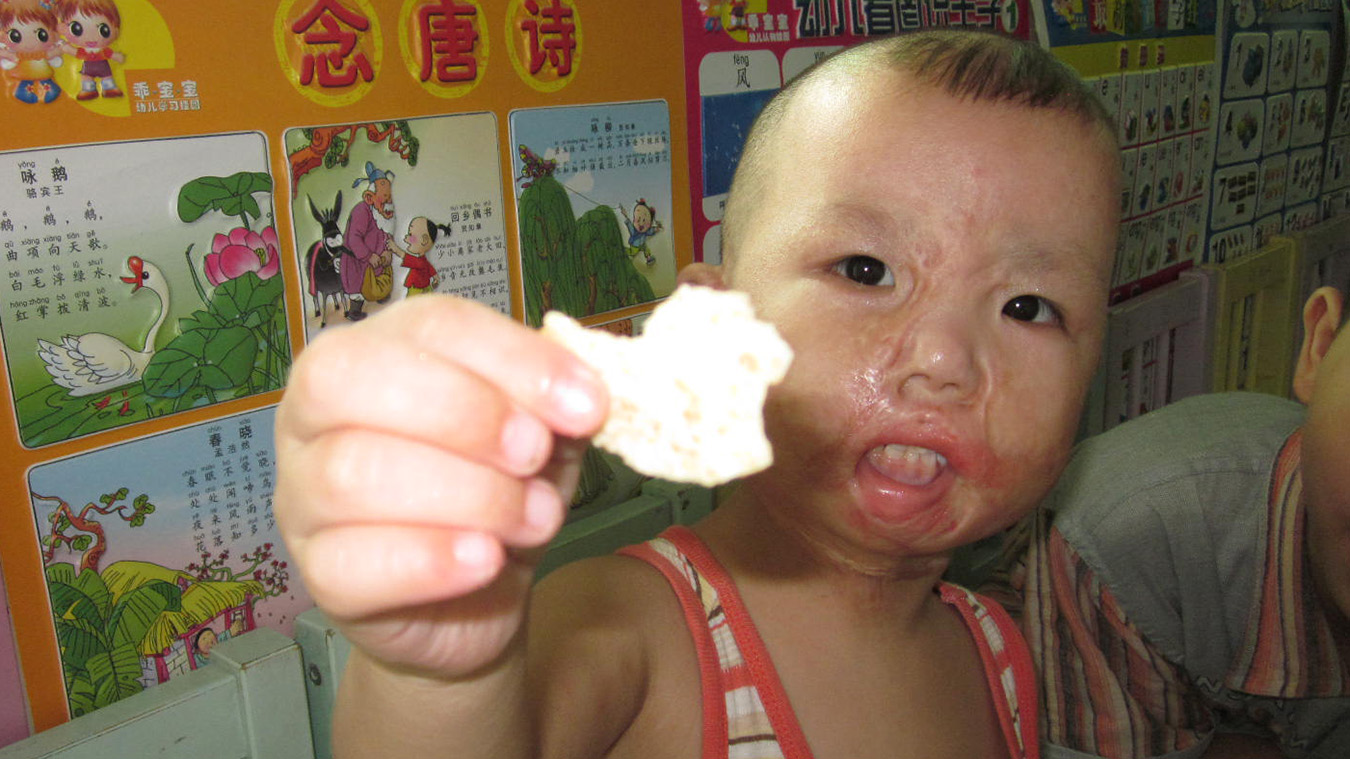 Now we can often see ShunSheng smiling and talking with others. He is a happy flower under the splendid sunshine.

A Brave Girl
Scroll to top