YeYong was abandoned after he was born and was sent to us by the police on May 19 2010.

He is a beautiful boy, with big eyes and curled lips. He was diagnosed subcutaneous hemorrhage. When he was enrolled in our program in July, we made special plans for his health condition. His nanny would gave him massage everyday including arms, legs and also fingers in order to stimulate his blood circulation.

Everything comes to him who waits. YeYong could hold toys with his hands. He would smile to whoever talks to him, which helps him win his nick name-Little Darling. 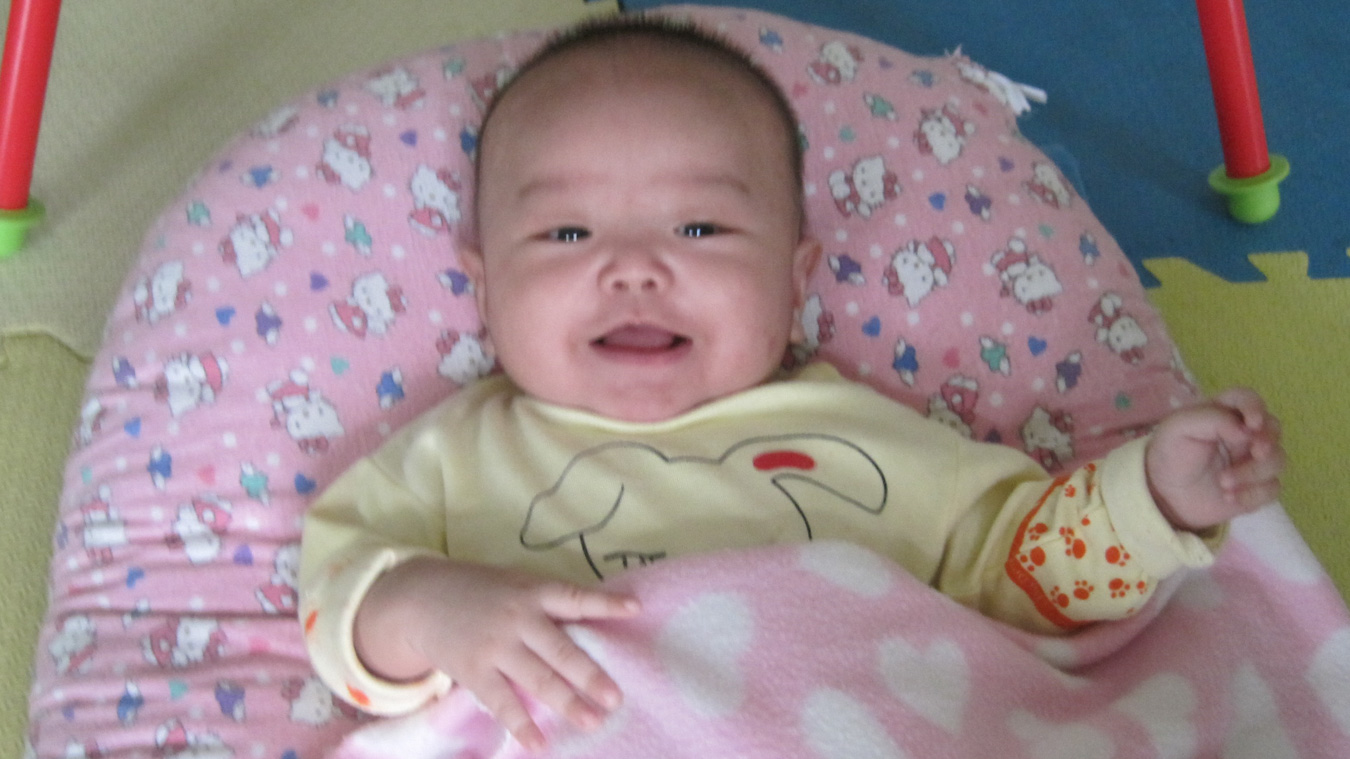 Now YeYong can not only grab and hold toys, but also eat with spoon by himself. He loves reading. Everyday he would spend some time reading in the activity room. YeYong is also a clever and kind-hearted boy. Once, he accidentally bumped into his nanny. Nanny pretended that it hurt. YeYong at once put his hands on nanny’s cheeks and said, “Pains go away!” When he distributes snacks, he will first give them to the children who are younger or weaker. He will give us a big smile when we praise him for his consideration and well behavior. YeYong can say some simple words and sentences. Everyone likes to talk to him and are always amused by his funny words. 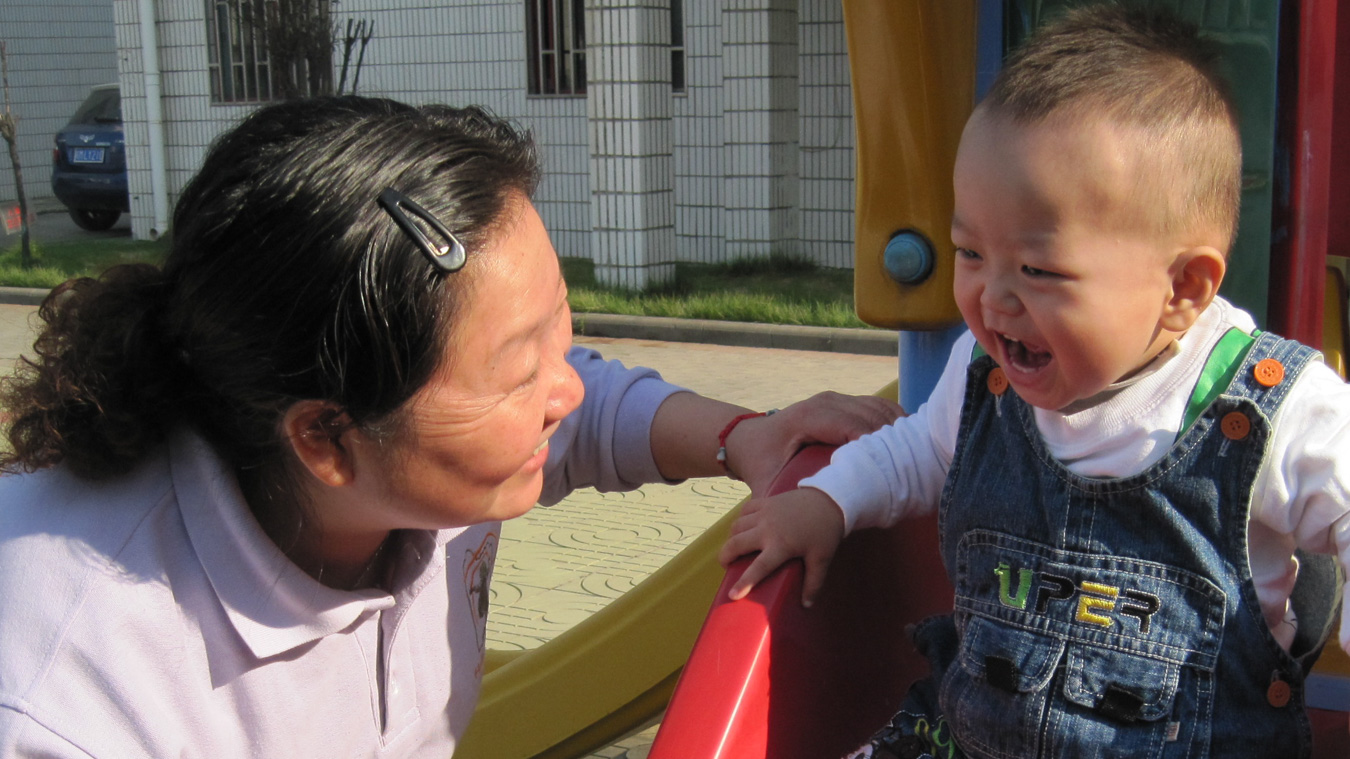 Outdoor time is YeYong’s favorite moment everyday. He always can’t wait till the outdoor time but drag his nanny’s hand to go out. He can almost play with everything in the playground: the leaves, the grass, the fish, the car… He will take the initiative to greet the passers-by and will fly kisses to them.

I sincerely hope YeYong grows up happily and healthily day by day!

One Day in Suburb