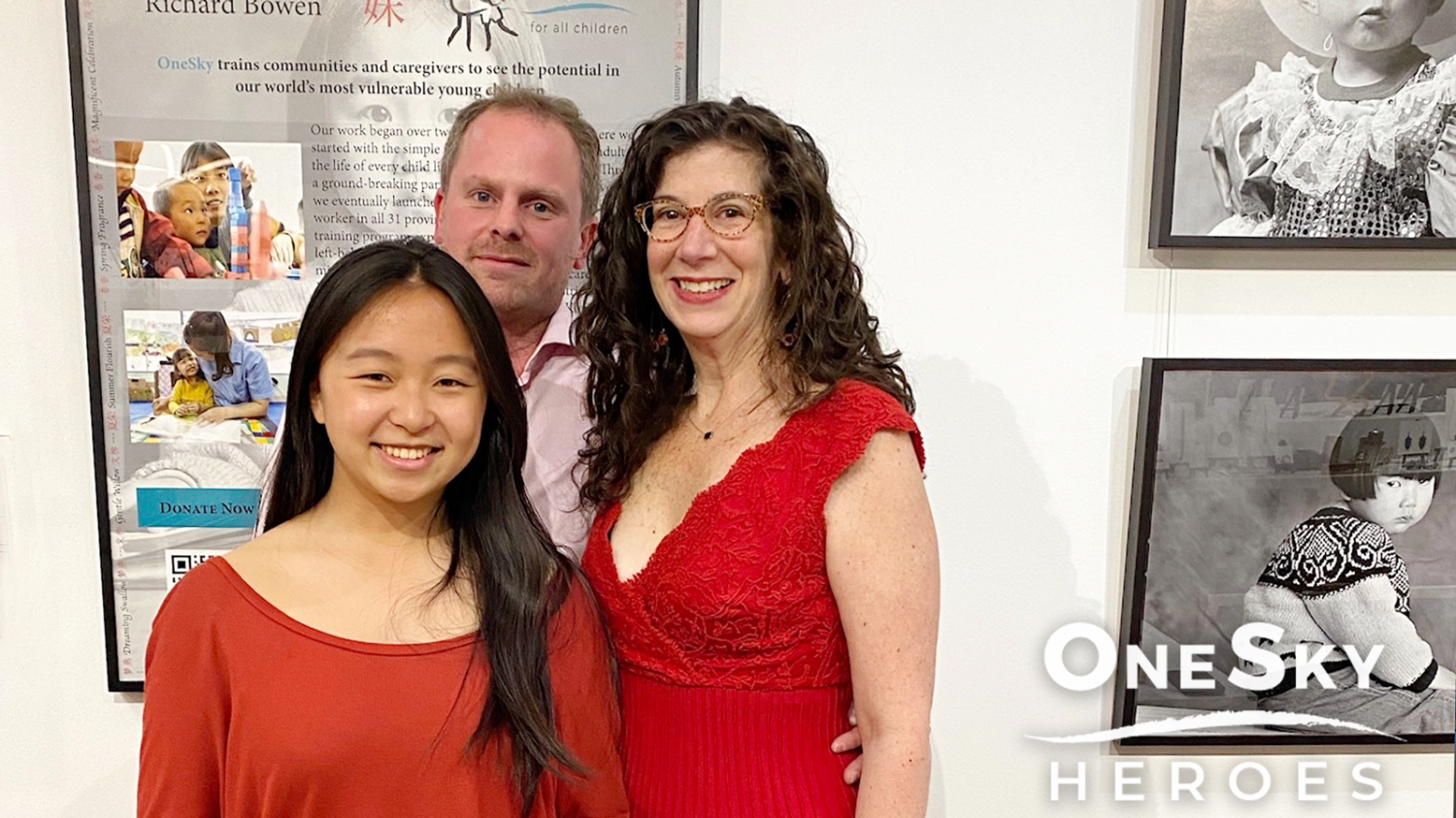 As a professional single woman, Andrea was particularly inspired by OneSky Founder Jenny Bowen’s commitment and ability to change the world for the young girls living in China’s orphanages. Andrea was following Jenny’s early progress while deciding how to start her family.  Inspired by what she learned through Jenny, Andrea adopted Evyn Yun in December 2003 and they have continuously followed and donated to OneSky every year on “Gotcha Day.”  In 2017 Christopher Brown joined the family by marrying Andrea and adopting Evyn and fully joins in the commitment to OneSky. Evyn is now a DuPont Scholar at the University of Delaware studying Sustainable Food Systems.

The dynamic couple established their gallery to pursue their passions in fine art photography and modern, original jewelry and gifts in 2018.  Throughout February and March 2022, the gallery featured mei mei, a moving series of portraits taken by photographer Richard Bowen, co-founder of Half the Sky (now OneSky for all children). The exhibit served as a touching memorial to Richard who unexpectedly passed away on December 25, 2021. 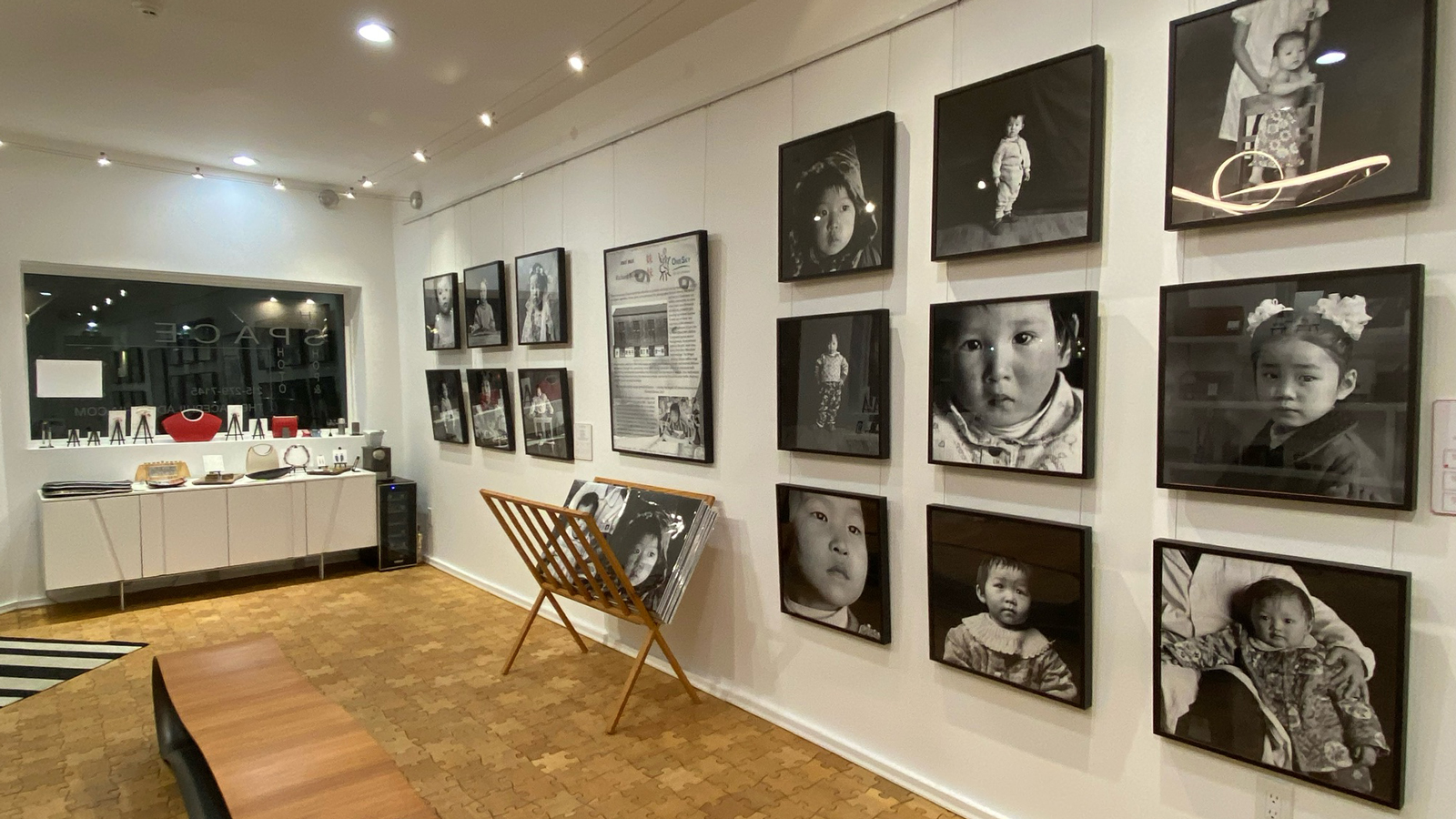 Andrea and Christopher feel deeply connected to Richard’s portraits – which show young girls around the same age Evyn was when she was adopted. Christopher, a photographer himself, recognizes both the technical and emotional brilliance of these works.  The photos show connections that are a testament to OneSky’s legacy of helping young, abandoned girls in orphanages more than 20 years ago.

While Covid delayed the exhibition launch on several occasions, Christopher and Andrea persevered with the planning, remaining committed to the show as a way to give back to OneSky.  They curated the mei mei exhibit with love and brought Richard’s work – and the girls’ stories – to life for a new audience in Philadelphia.

In March, a special OneSky reception was held at the gallery. OneSky CEO Morgan Lance and Board Member Chapman Taylor attended the organization’s first in-person event since the pandemic started.  Christopher also led online virtual tours for OneSky supporters based from New York to Hong Kong, which enabled OneSky to share the show with a wider audience. 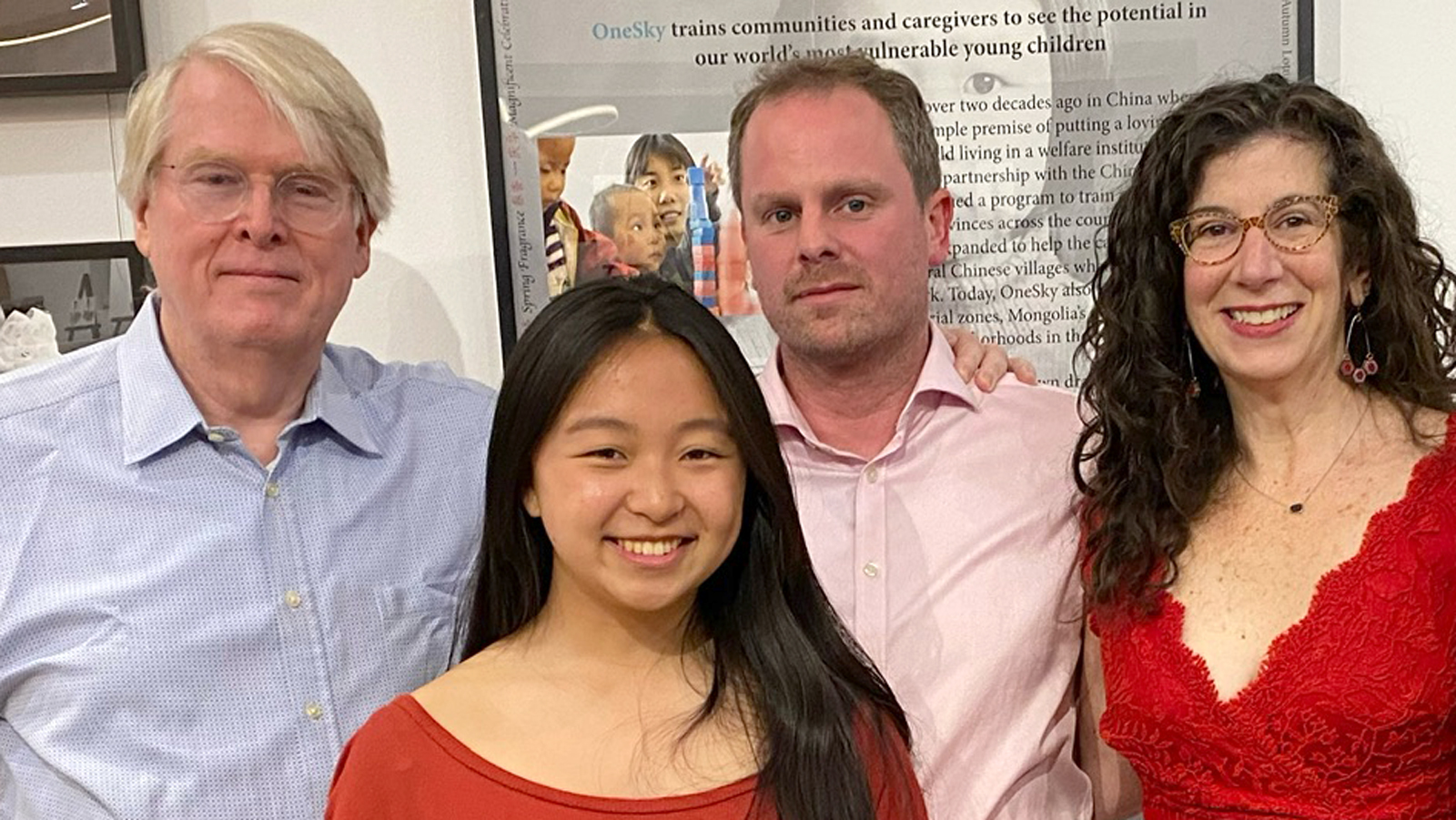 Chapman, Evyn, Chris and Andrea. All ongoing sale proceeds from Richard’s limited-edition prints are directly donated to OneSky to support young vulnerable children in Asia.  They are available for purchase here, with shipping available worldwide.

We can’t thank Christopher and Andrea enough. They are true OneSky Heroes!

Under OneSky in April 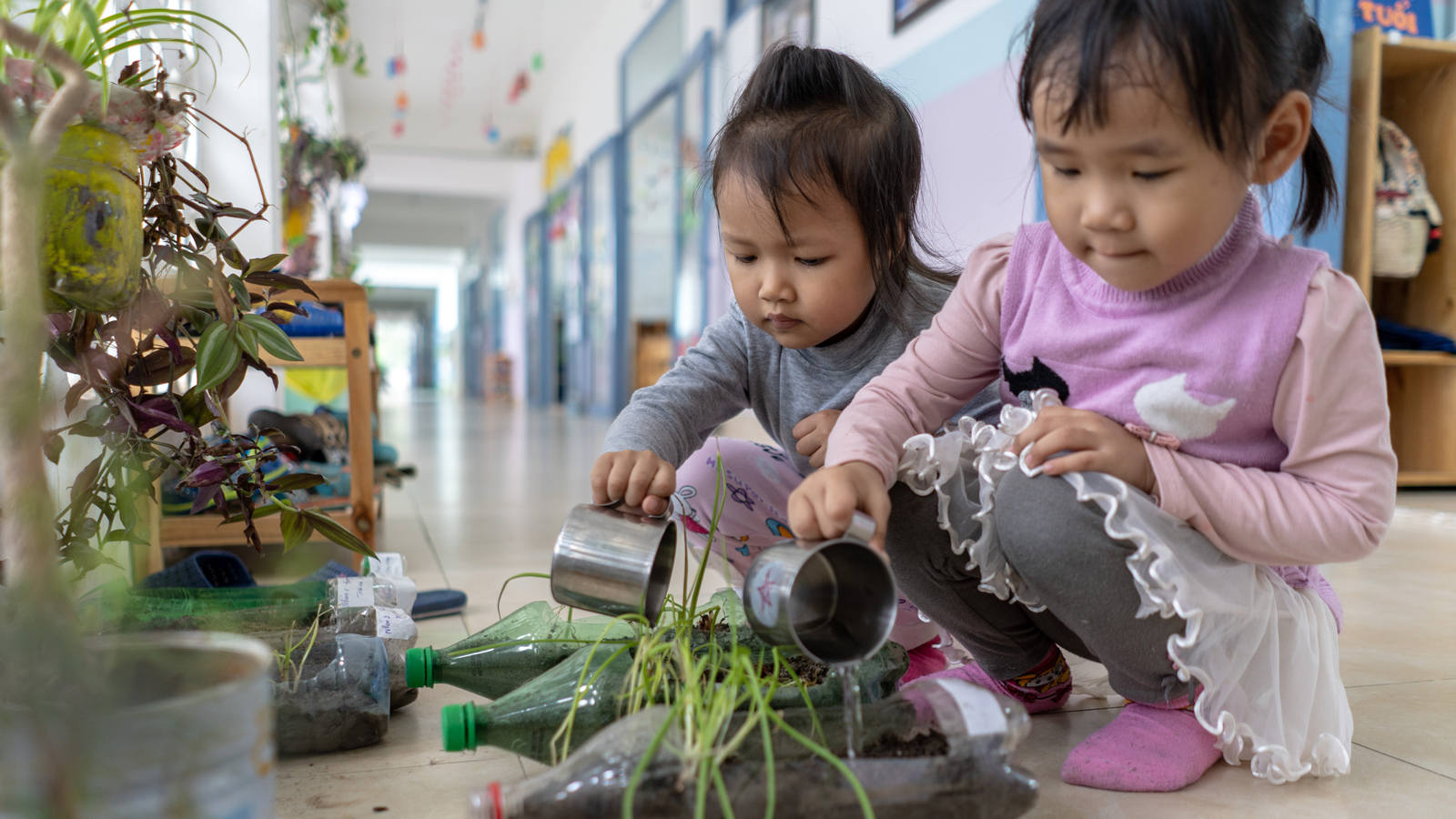 Forever a loving caregiver: How an unexpected 56-year career impacted the lives...
Scroll to top