Let me introduce you to one of the strongest little girls I know.

YuBing first came to the China Care Home at the end of 2010 when she was four months old.  She had been diagnosed with retinoblastoma in her right eye, and she also had three lesions in her left eye.

To save her, doctors opted to remove her right eye. Then YuBing endured two cycles of chemotherapy followed by another seven cycles to kill the tumors in her left eye. The doctors declared YuBing cancer free and she returned to her home institution.

But in 2013, we received news from YuBing’s institution that unfortunately, the cancer had returned in her left eye.  So once again, she travelled to Beijing for treatment. Her doctors removed her left eye and little YuBing once again underwent many cycles of chemotherapy. 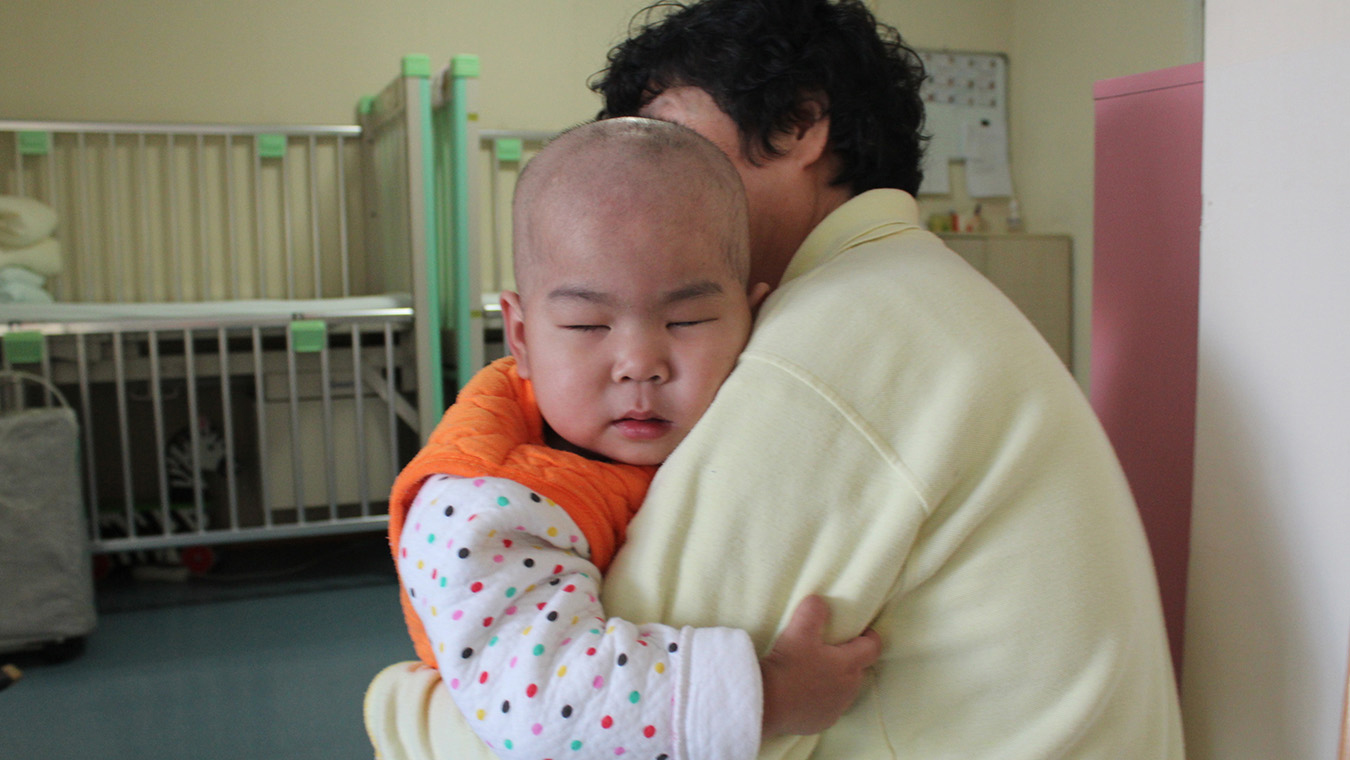 I took care of her night and day while she was in the hospital. She was very tired, lost her appetite, and lost all her hair. I held her in my arms, gave her constant love and cuddles, and made sure she knew that she was not alone.  By the spring of 2014, YuBing was finally strong enough to leave the hospital to recuperate at the China Care Home.

Despite all that YuBing had suffered physically, she is one of the happiest and strong-minded little girls I have ever met! She could not see, but that didn’t stop her from wanting to explore the center. She was very cautious, holding onto the walls for guidance, and took little steps. When she came across an obstacle, she would kick it away and keep moving forward. In no time at all, she could go to the bathroom, the activity room and the bedroom by herself, although she always preferred when I stayed close and talked to her while she walked. 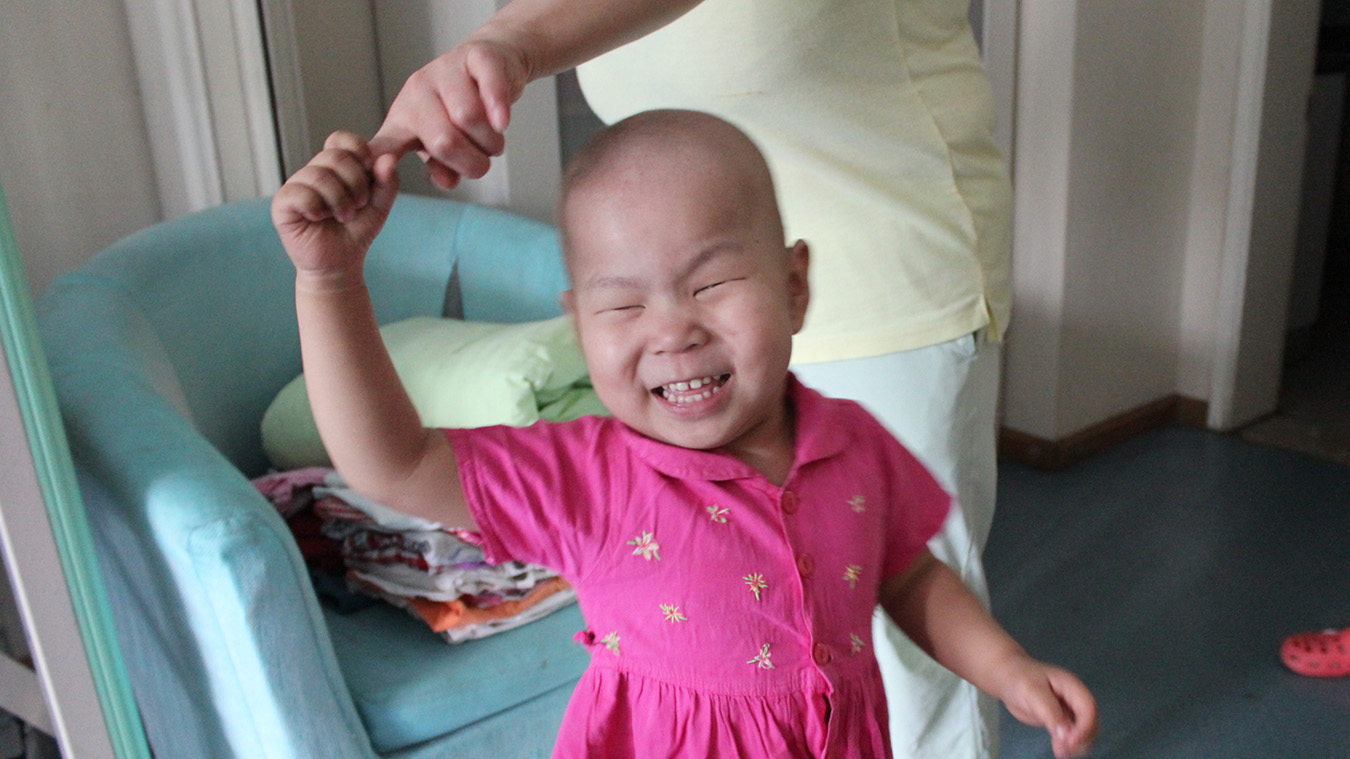 I watched YuBing thrive under my care and grew very attached to her. One of our favorite activities was dancing in circles while holding hands. YuBing laughed and giggled so much when we did this. In June , YuBing had a checkup and we were thrilled to learn that there were no signs of recurrence of the cancer. YuBing could now return to her home institution and join her friends in her Little Sisters Preschool classroom.

I miss YuBing, but I will always remember my little warrior and trust that she has a bright future ahead of her!

My XinKiang Girl
Scroll to top