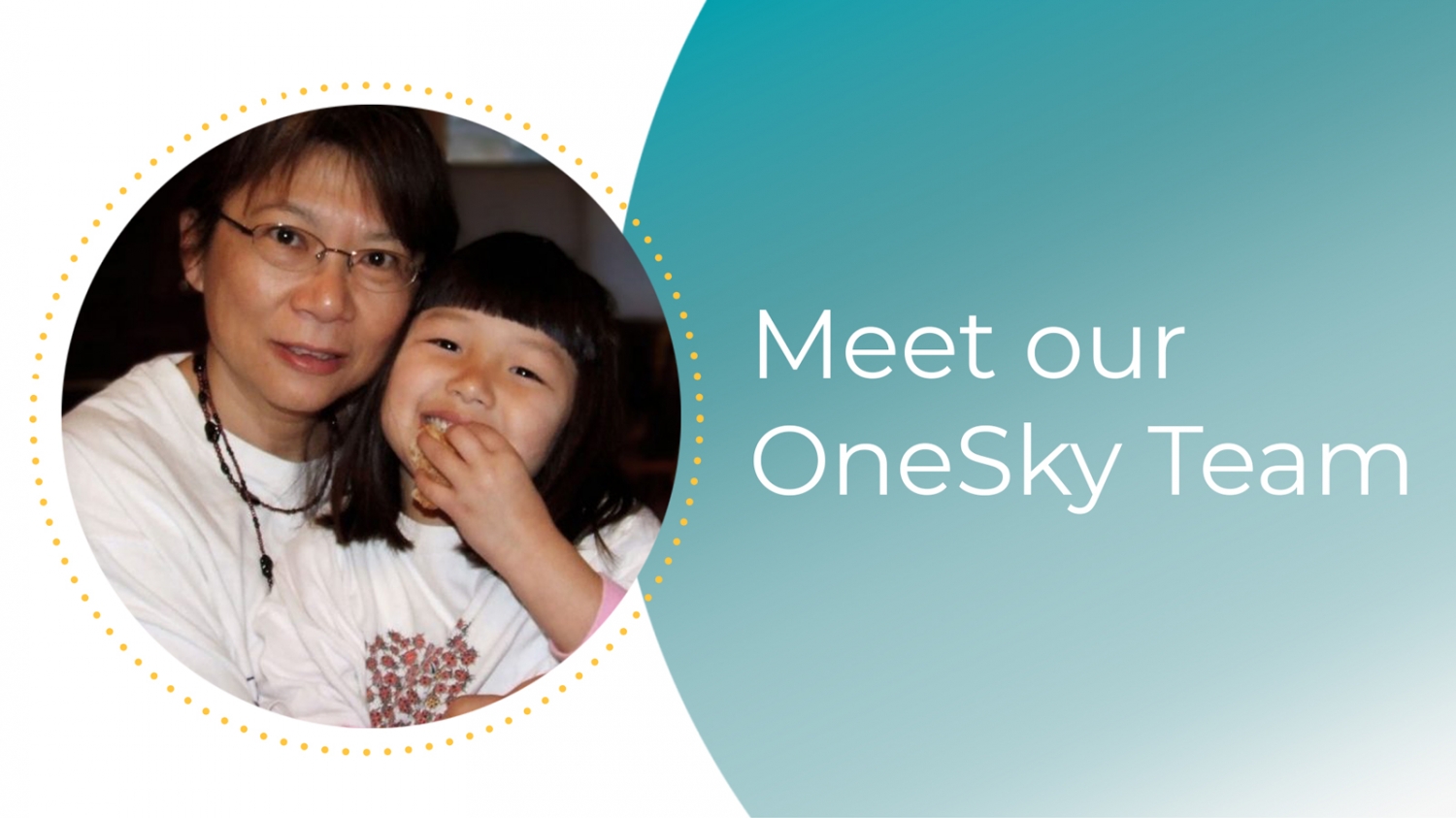 For the past 10 years Lucia Nella, OneSky’s Donor Relations Manager, has been an invaluable member of our global staff. Based in the United States, she is soon preparing to retire and will be sorely missed by both donors and colleagues.

Long before becoming a staff member, Lucia was a OneSky supporter. “My husband and I have been OneSky donors since 2001,” said Lucia.

In 2003 she and her family adopted a child from China, and it was OneSky Founder Jenny Bowen who helped them navigate the process. “Jenny was the red thread who helped connect us to our new daughter,” recalled Lucia, fondly, of her adoption journey.

In 2012, Jenny hired Lucia to join OneSky (then known as Half the Sky) as a Donor Relations Associate. More recently, Lucia went on to become OneSky’s Donor Relations Manager. Before coming to OneSky, she was employed as an HR Manager for an architectural company.

One of the things that Lucia will miss the most about working for OneSky is conversing with donors. “I’ve connected with so many of our supporters over the years. I’ve learned their stories and their connection with OneSky … We have the most amazing supporters!” she said, adding that she would like to thank them for believing in OneSky and continuing to support its mission of helping vulnerable young children in Asia.

During her retirement, Lucia plans to spend quality time with family and friends, travel, and catch up on reading. Although her career with OneSky will soon be coming to an end, Lucia will always remain part of the “OneSky Family.”