I am so happy that one special book changed one little boy’s life and brought everyone in our preschool classroom together.

Li is hearing impaired, so at first it was hard for us to communicate with him. He tried to use gestures to express his needs, but often we couldn’t understand him and he could not understand us. As a consequence, he was prone to tantrums. Li also had trouble communicating with other children, so he often played by himself.

I noticed that Li enjoyed picture books, so we made a special book for him that contained lots of pictures of common objects, daily tasks, different areas of the classroom…anything we could think of that would help him better explain what he wanted by simply pointing to the pictures. 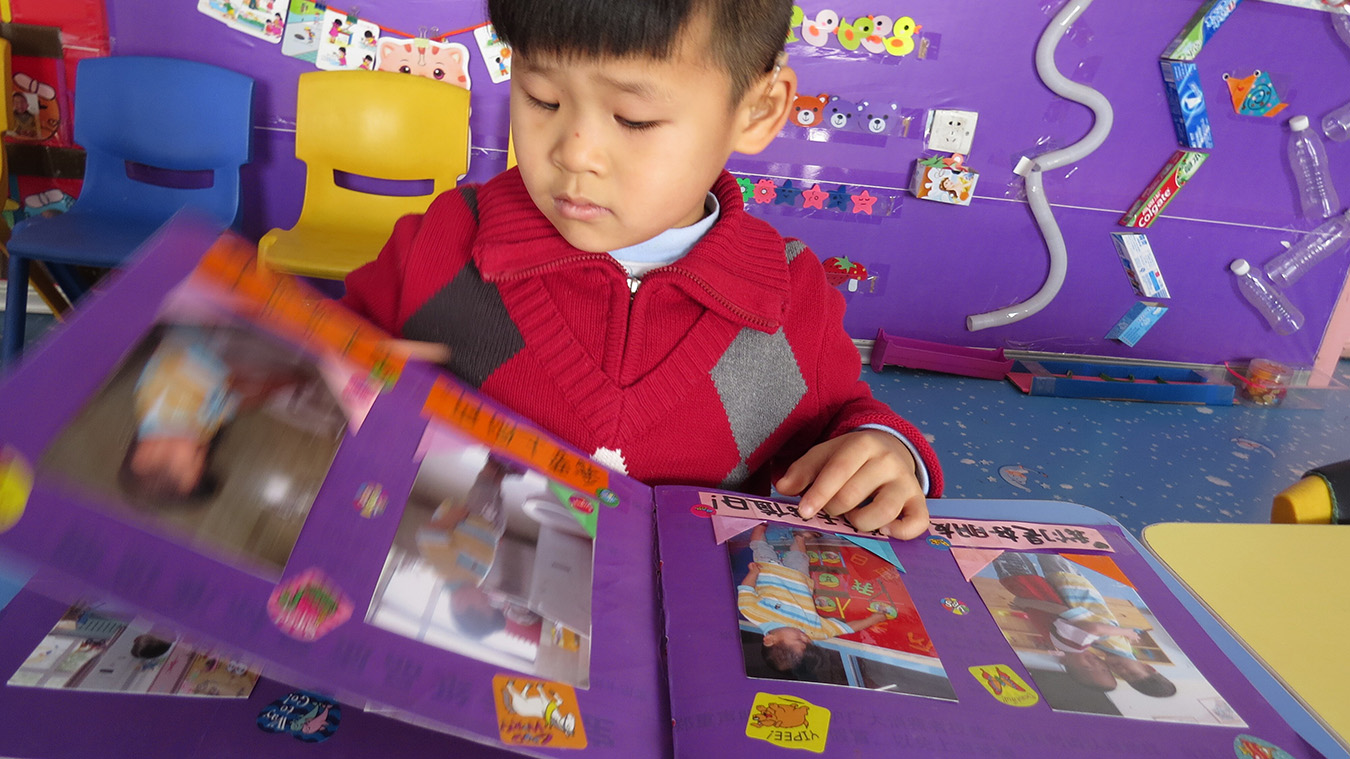 One day, I invited Li to join me in the reading corner and I showed him the book. He loved it, and was immediately able to show me, by pointing, where he wanted to go, what he wanted to do…we now had a new method of communication!

The book was so effective that we kept adding photos constantly to it, and soon enough, all the children were using it to communicate with Li.

The children also became very eager to help Li. Whenever he had trouble understanding something, or expressing a need, they would run to get his book for him. Li appreciated this. He would smile, nod his head, and give his friends a thumbs-up in appreciation!

I could tell the children wanted to get to know Li better, so to reinforce these blossoming friendships, I built a special activity corner in the playroom centered around Li’s love for toy cars. 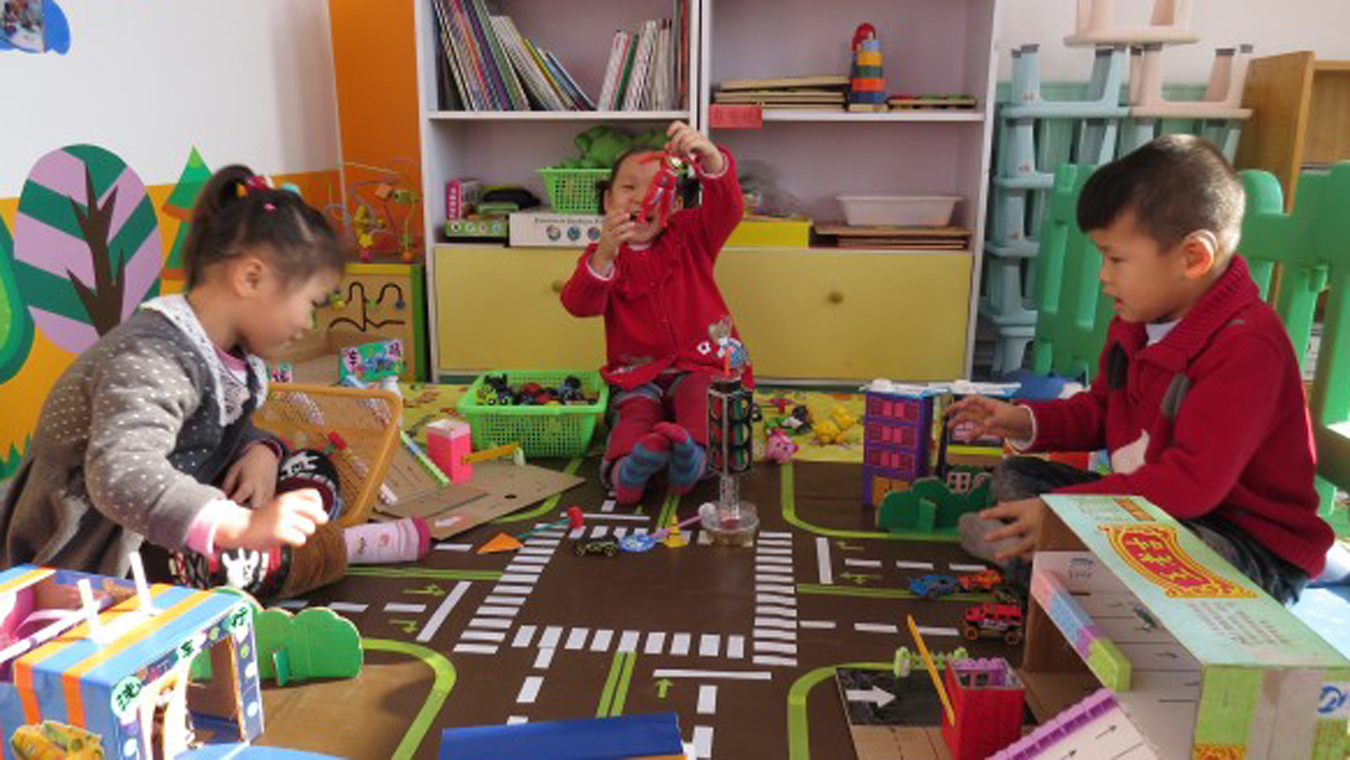 Now Li is always surrounded by friends, his tantrums have disappeared—he has become a happy boy.

For my part, I am very proud that our entire classroom rallied together around Li. Together, we have created an environment where every single child knows that he/she matters! 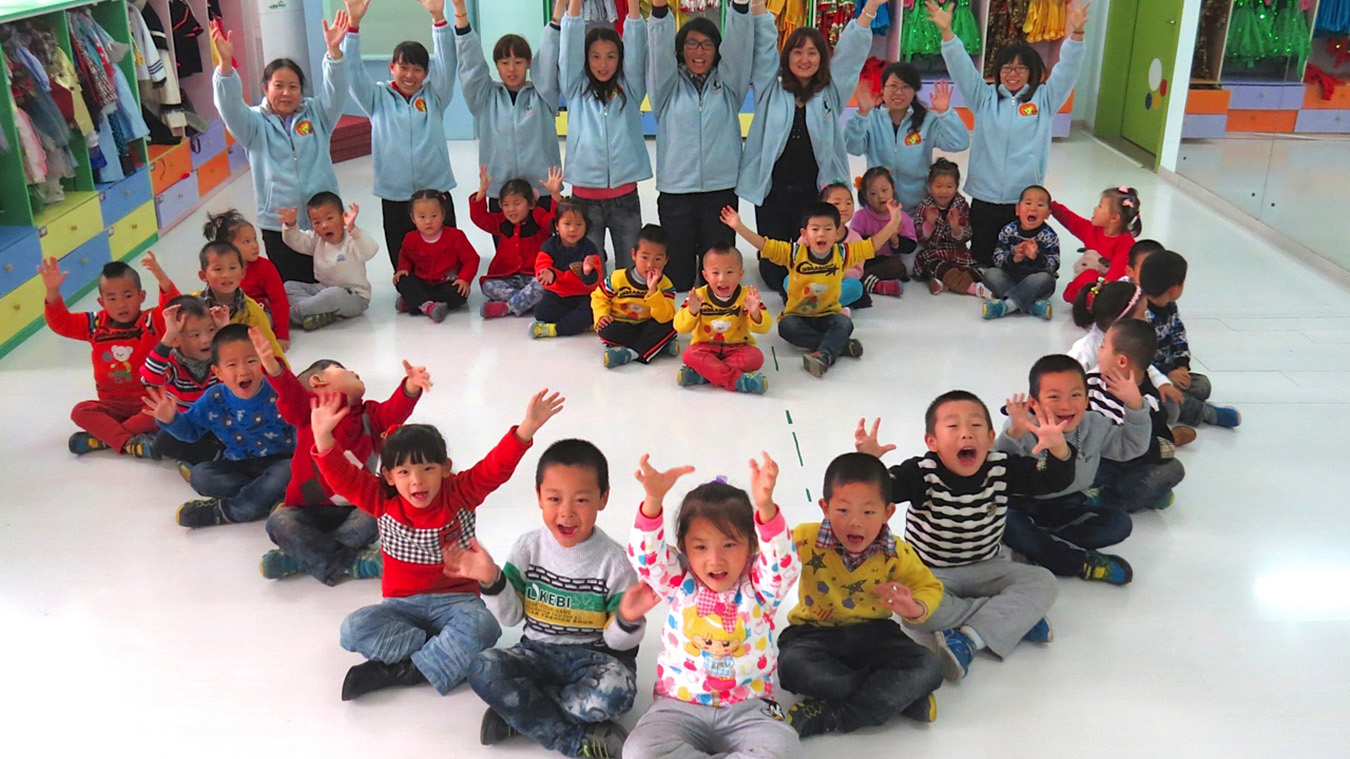 The Sprout Tops Community Gives Love to the Children

Making an Impact on the World
Scroll to top