As the training progressed,

trainers Li and Zhou watched the women carefully, both in class, and then during practice sessions,  as they soothed and snuggled with their new charges. 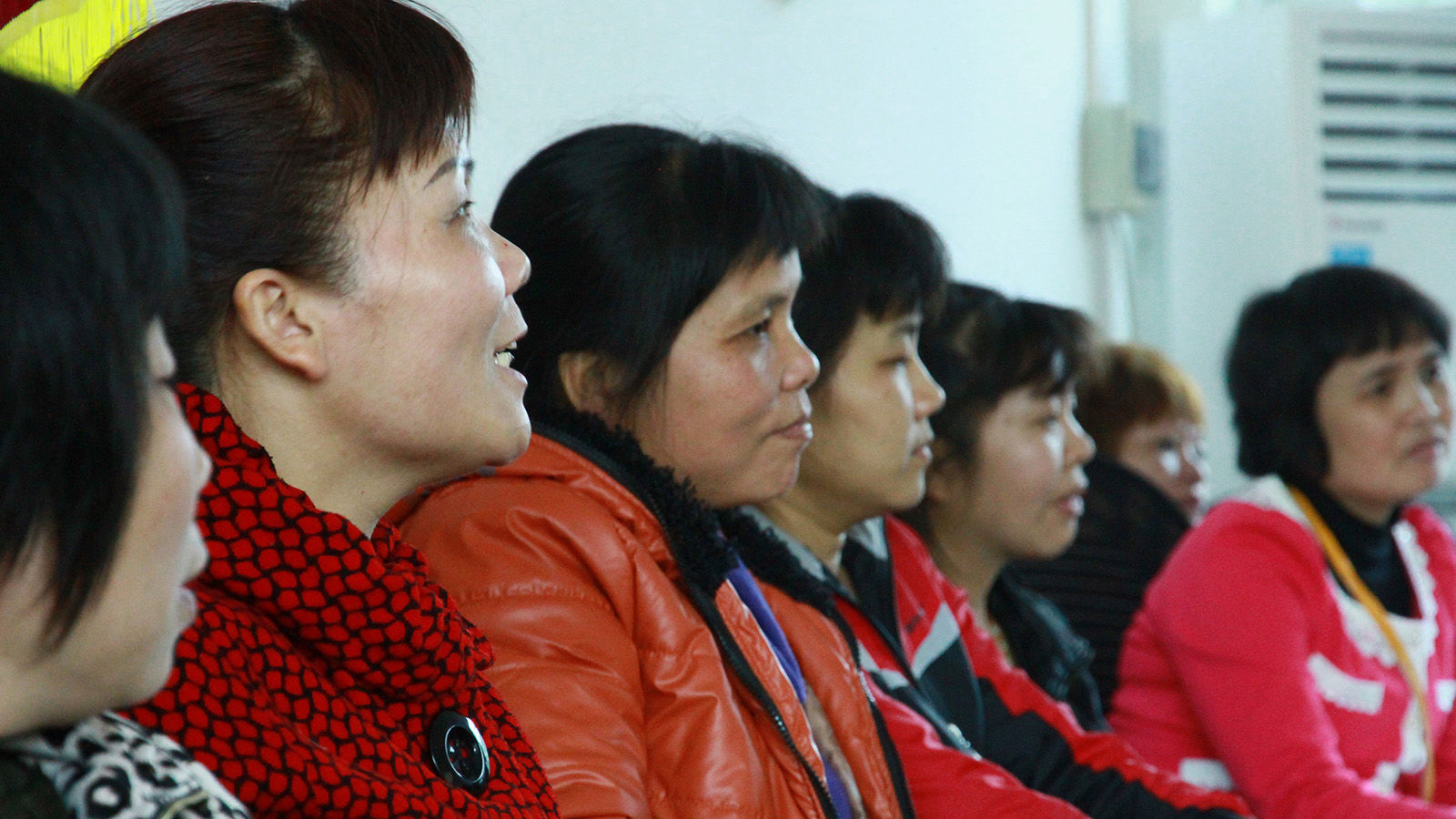 When the time came, they would make assignments, carefully matching each nanny to three babies. 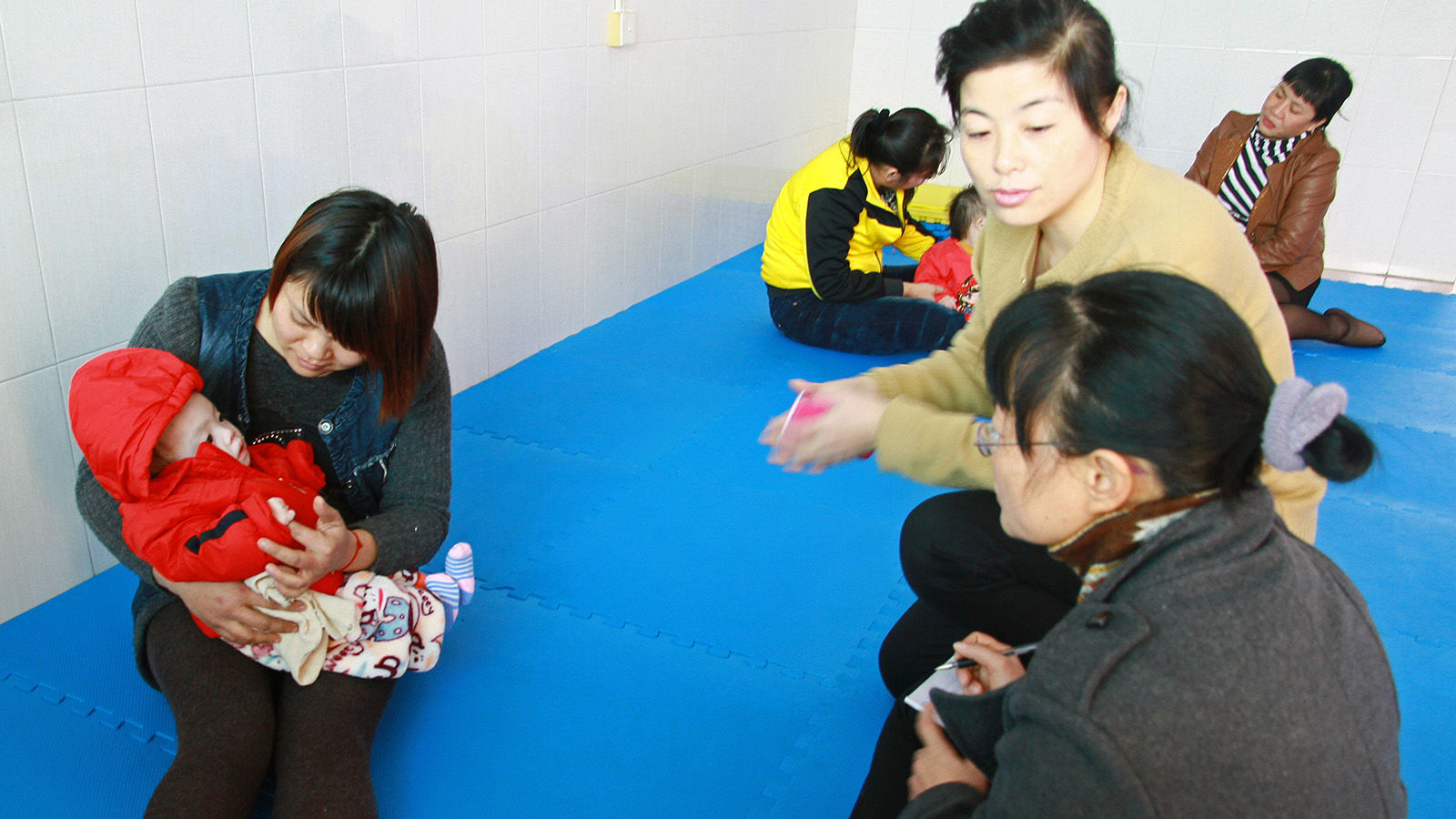 They would be especially careful in finding the women who would soon bring love for the first time into the lives of Wenting and Juanjuan. 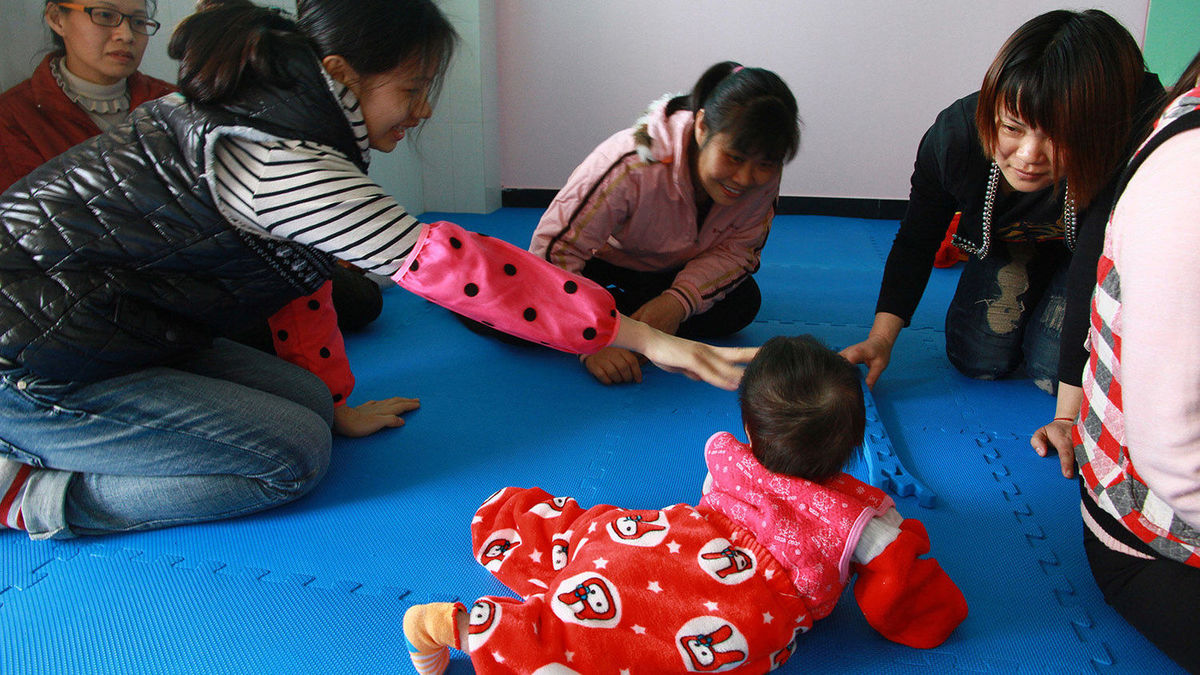 Late in that first afternoon, when the nanny trainees returned to the nursery to begin to work with children, the atmosphere was transformed. 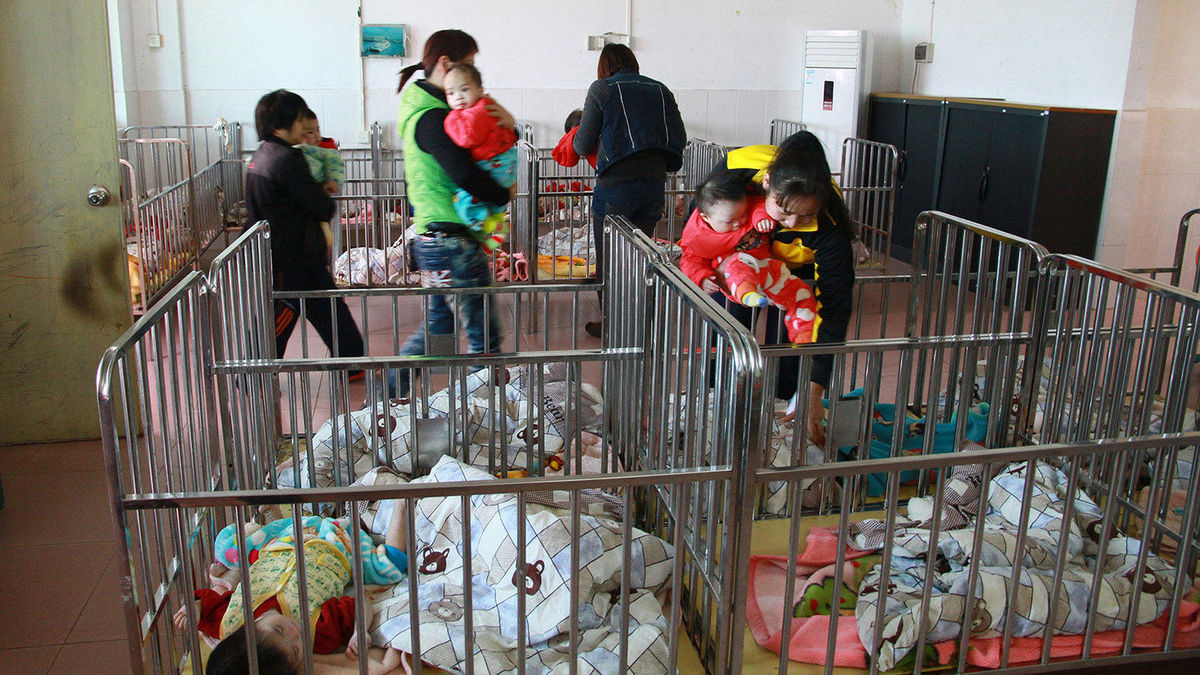 The trainees were looking forward to their new jobs. “If the caregivers don’t have time to take good care of our new daughters and sons, we can do it.” one said. Something similar was happening among the teacher trainees in the new preschool. Out went the old ideas of teachers who stood at the front of the room. Now they found themselves working hard to learn new ways to play. In class, they learned how to turn simple art projects into learning opportunities for children who had never been given a sheet of paper and a pencil.

They rediscovered the joy of play so that they might reach children who didn’t know what play was. And before long, one could sense that it was not only the children’s lives that would soon be transformed. As they played, they thought only of those children and how long they’d waited for love. 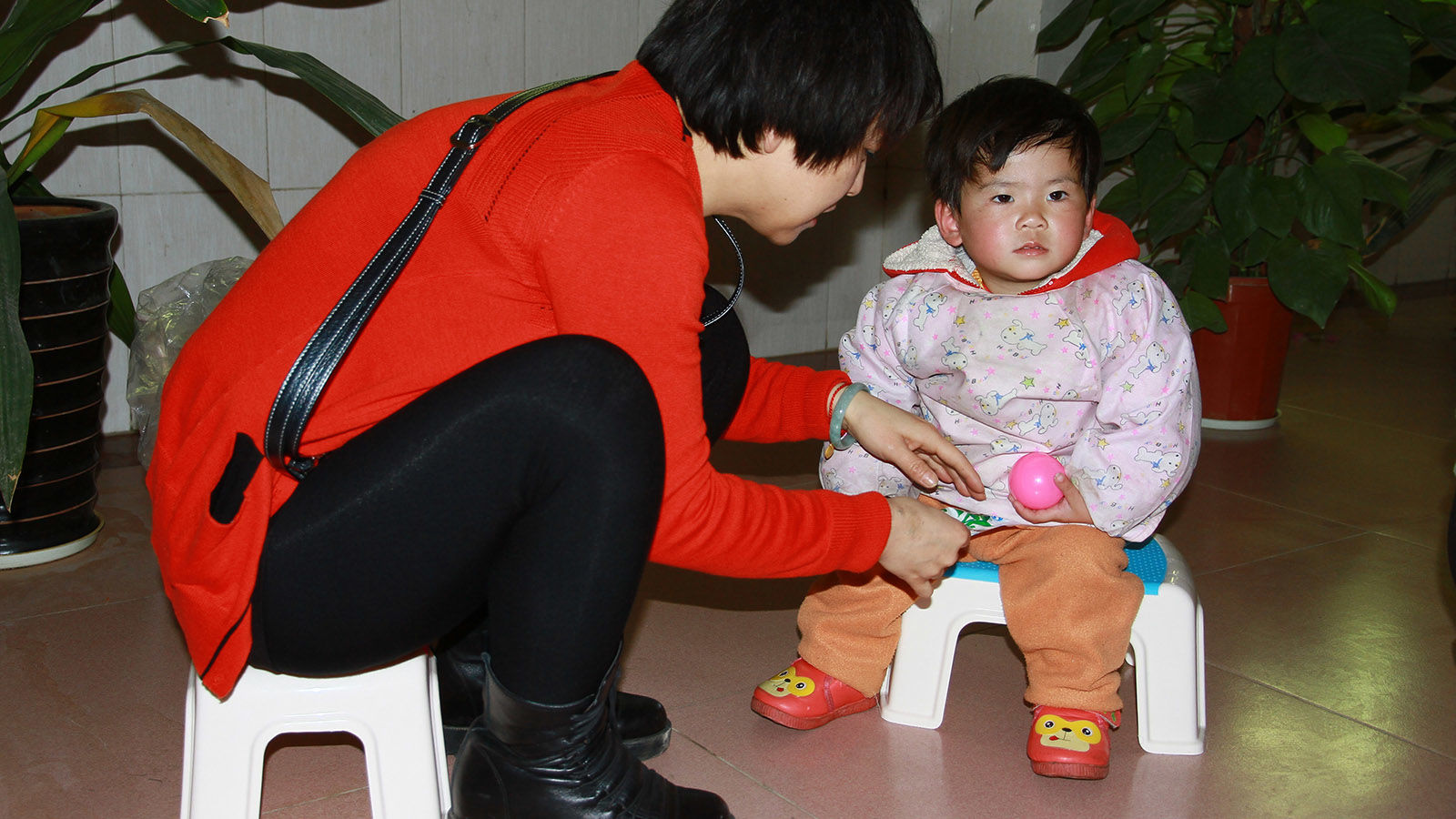 “I am from Huazhou,” said one, “but before OneSky training I never saw this place. Now I saw longing eyes through the window. The sorrow and grief hit me then. I never felt that in my life before. Immediately, I firmly believe I belong here and should be with these children. But how can I make their sad lives full of sunshine and joy? For that, I gave myself a question mark. Trainee Chen Yanting chimed in, “I am only nineteen years old. I am so glad and honored to take part in this training, but I was a little nervous on the day we met the children. They live behind bars. They sleep together on a bare steel bed. They were dirty and smelled bad. And even though they smiled and waved through the bars, when we came close and tried to talk with them, they became frightened. “I was assigned to Aoshi. She is already six but cannot walk. Her file says she has epilepsy, but no one has ever seen her seizures. It is said she cries all night. I was a bit worried but I knew I must try my best to help her. 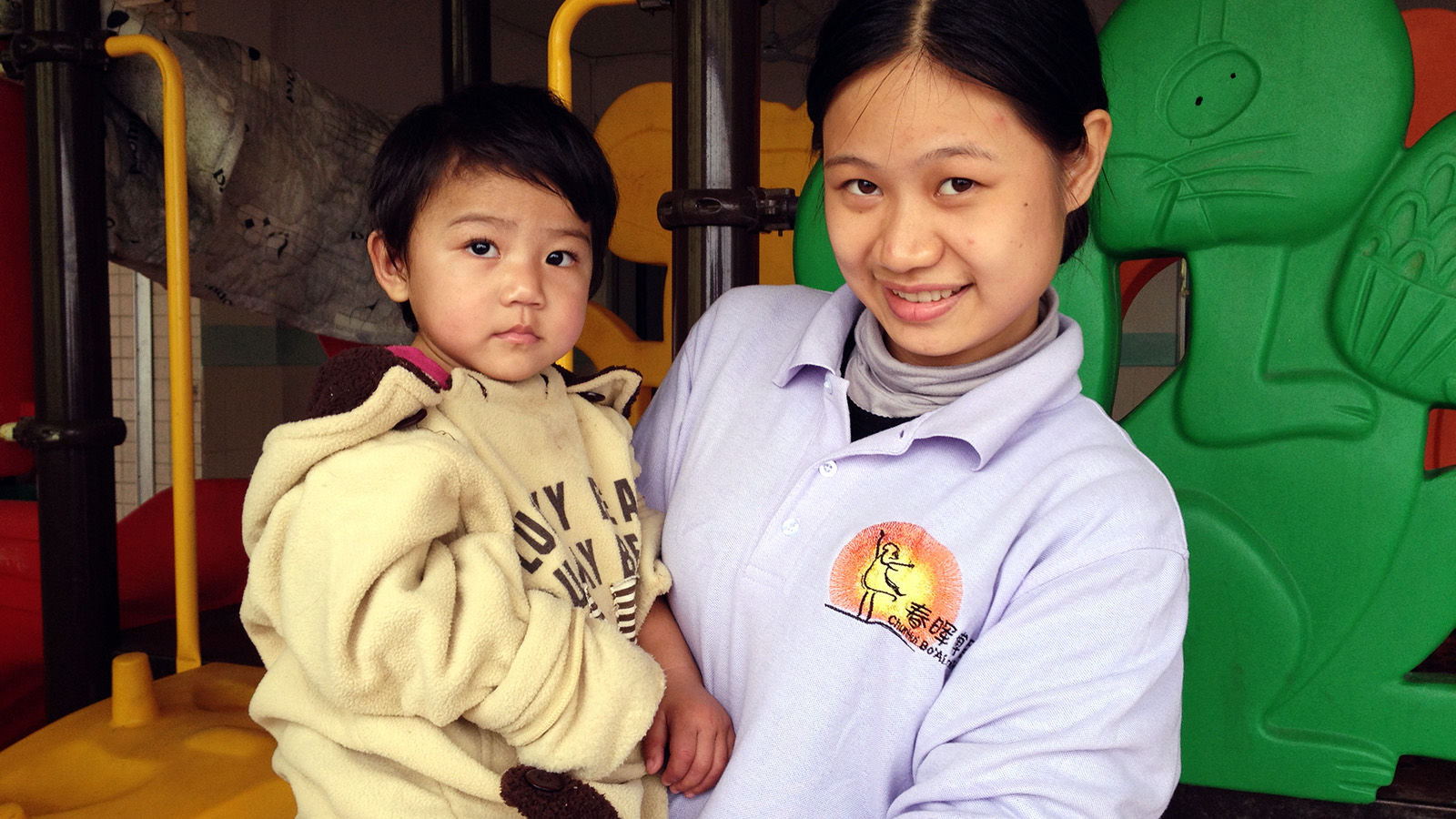 “On the second day, I carried Aoshi in my arms to the preschool. 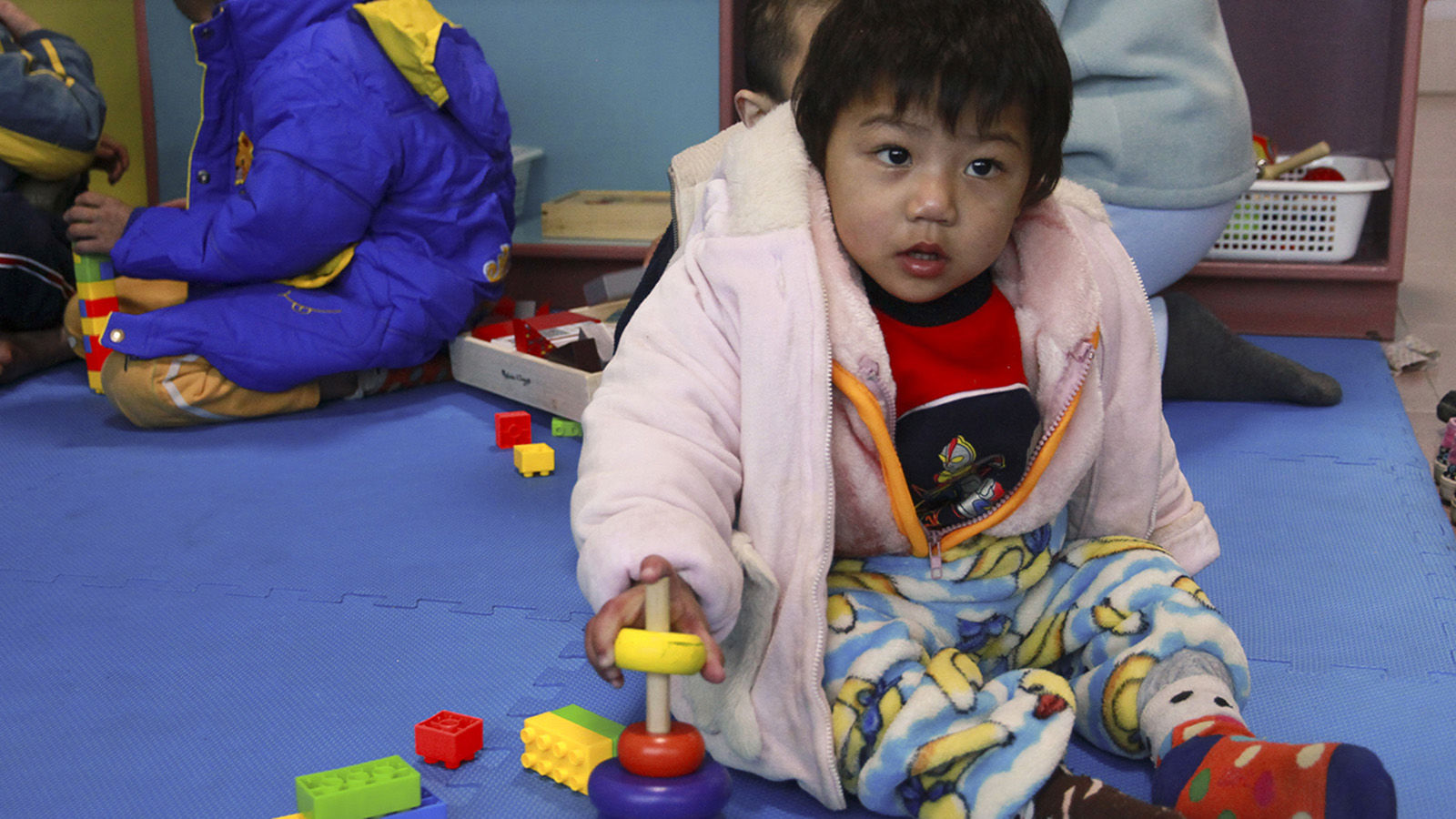 “She looked around and then she began to cry. I could see she was frightened in that new place.  I put her on the mat. I tried to give her toys to comfort her. She barely touched them. But then, when I showed her some shoes, she stopped crying. I put them on her feet. I don’t think she’d worn shoes before. 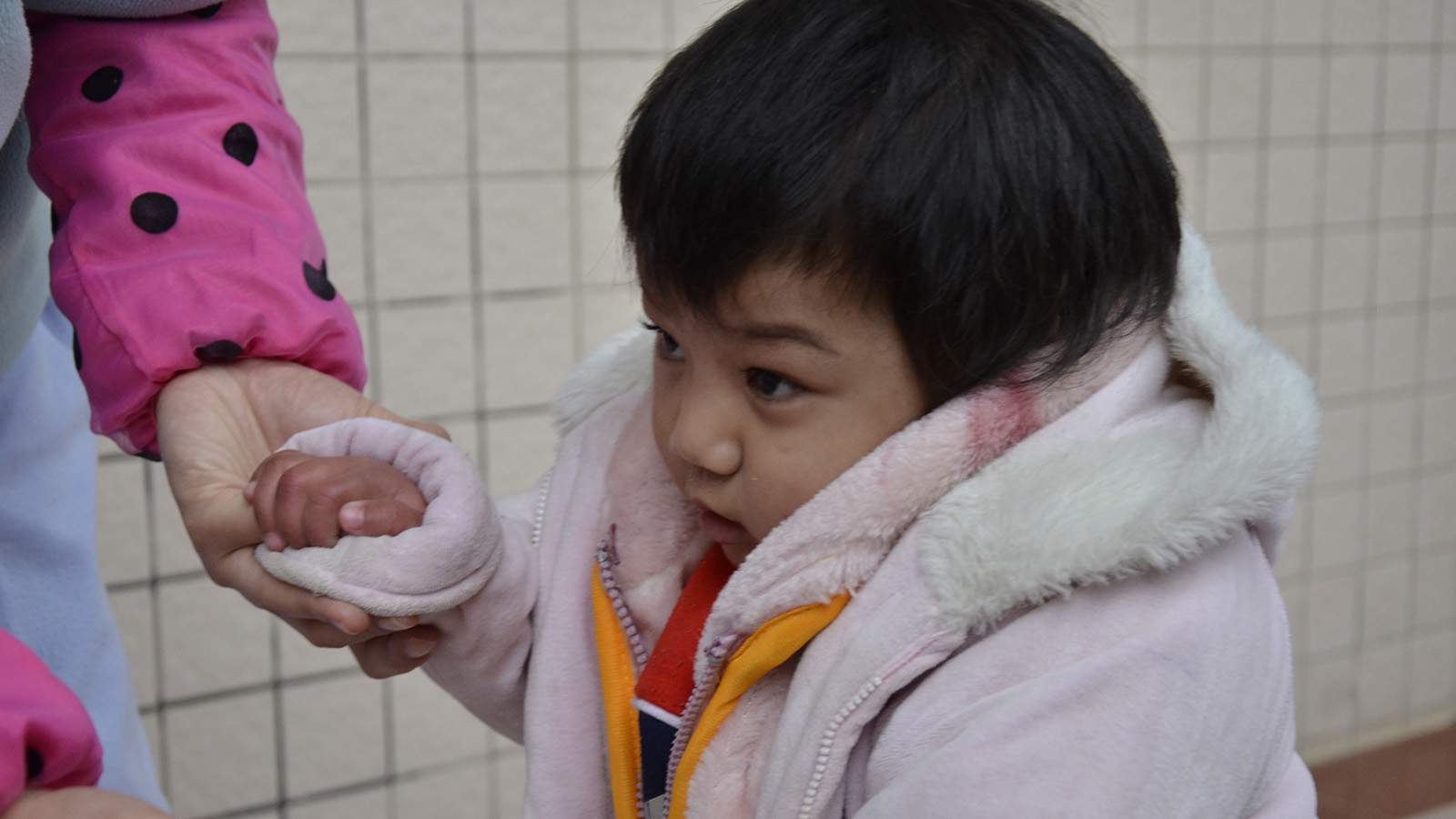 “I took her small hands and she let me help her. I could sense that she  made much effort to stand up “I held her hands and helped her walk step by step. She was so happy when we walked together. Aoshi has the sweetest smile.” As the training came to a close, the new preschool was decorated with the children’s first watercolor art.

As our OneSky trainers visited each room, they were greeted by new nannies and teachers, all of them bursting to tell their tales of wonder. Of course, the true story was in the children’s faces. In the preschool, Aoshi, bedecked in fairy wings from the dress-up box was casually munching an apple. 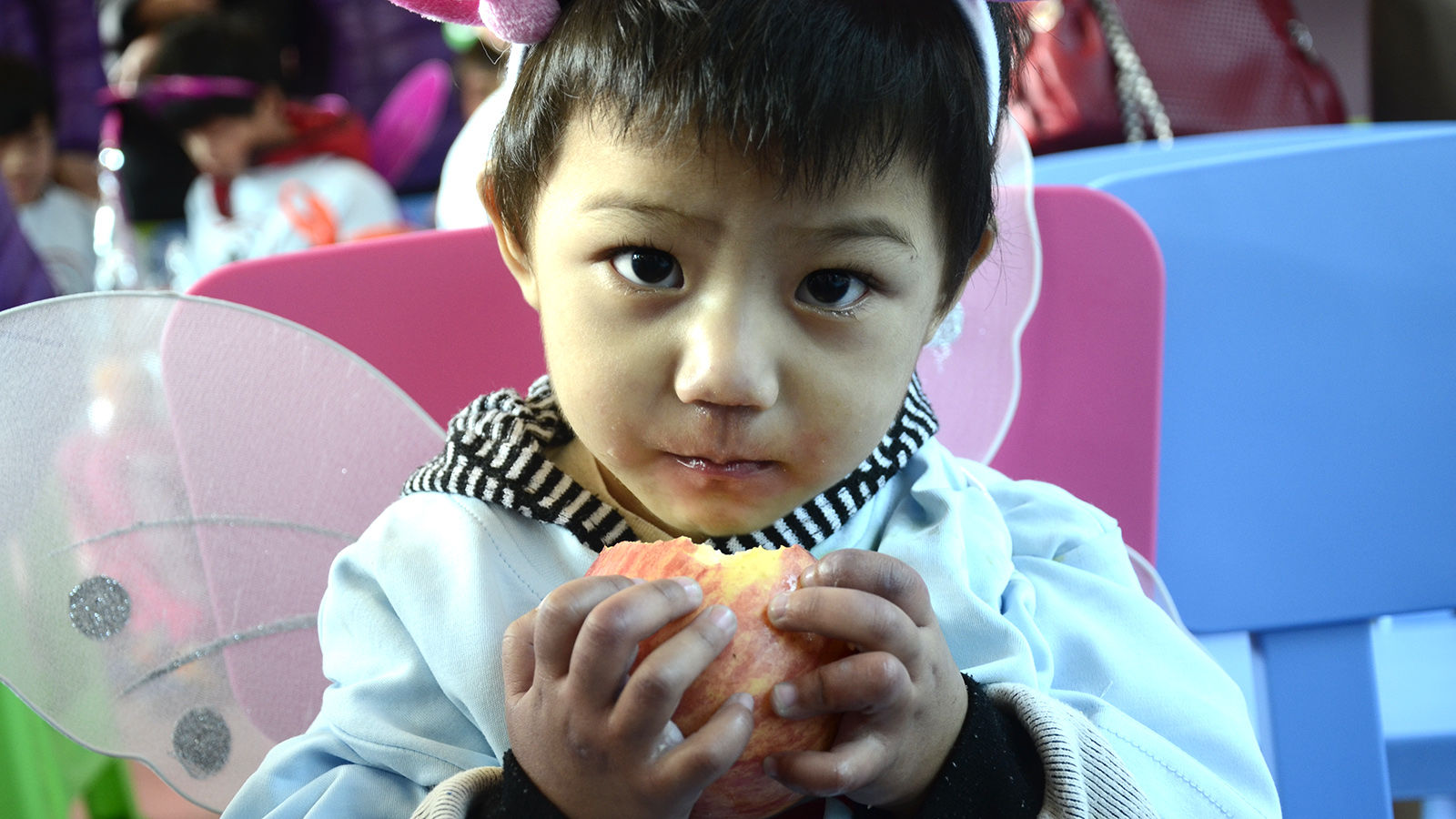 Jing, a child who, just a few weeks before, could not accept affection from her new teacher – who was afraid even to take her hand, was now sitting comfortably cuddling a tiny doll like a doting mother, cooing softly, “Baby, do you want some more milk?” An orphanage worker who’d once told us that the children were not capable of learning, said, “This training gives me a feeling of being wanted and needed. Seeing the children who could not walk before learn how to walk, and seeing the babies who could not sit begin to learn to sit on the mat have been the most rewarding things in my life. Now I see we can bring children a different future by our positive actions.”

OneSky trainer Li Daoxin said, “Now you know that if we open our eyes and our hearts, we can try to understand why children behave as they do, instead of making judgments about them. Understanding is more important than sympathy. If we understand, we can begin to help the children from a tender place in our hearts.”

Why My Heart Is Full-1
Scroll to top