The first time I saw Yuanmeng’s eyes, they were vacant and expressionless.

She was new to our Infant Nurture Program and I tried to hug and hold her as much as possible but when she looked at me, her eyes were empty.

I used my own eyes to speak to her softly and gradually, she started smiling at me. I started to feel that through eye contact, we were slowly connecting. 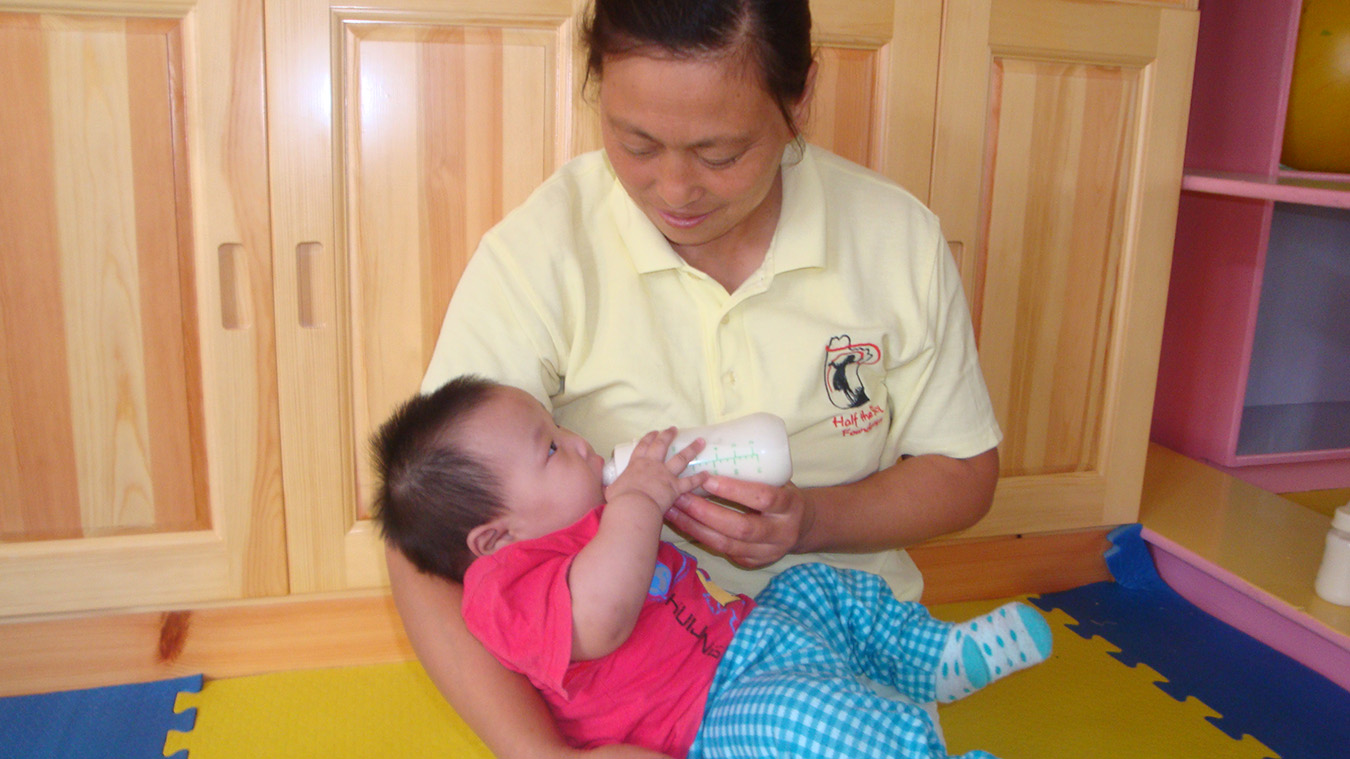 In the following months, I watched as Yuanmeng started to come out of her shell. By the time she was 13 months old, she was walking independently and her favorite activity was to drag a basket of toys to her side and dump all the toys on the mat. 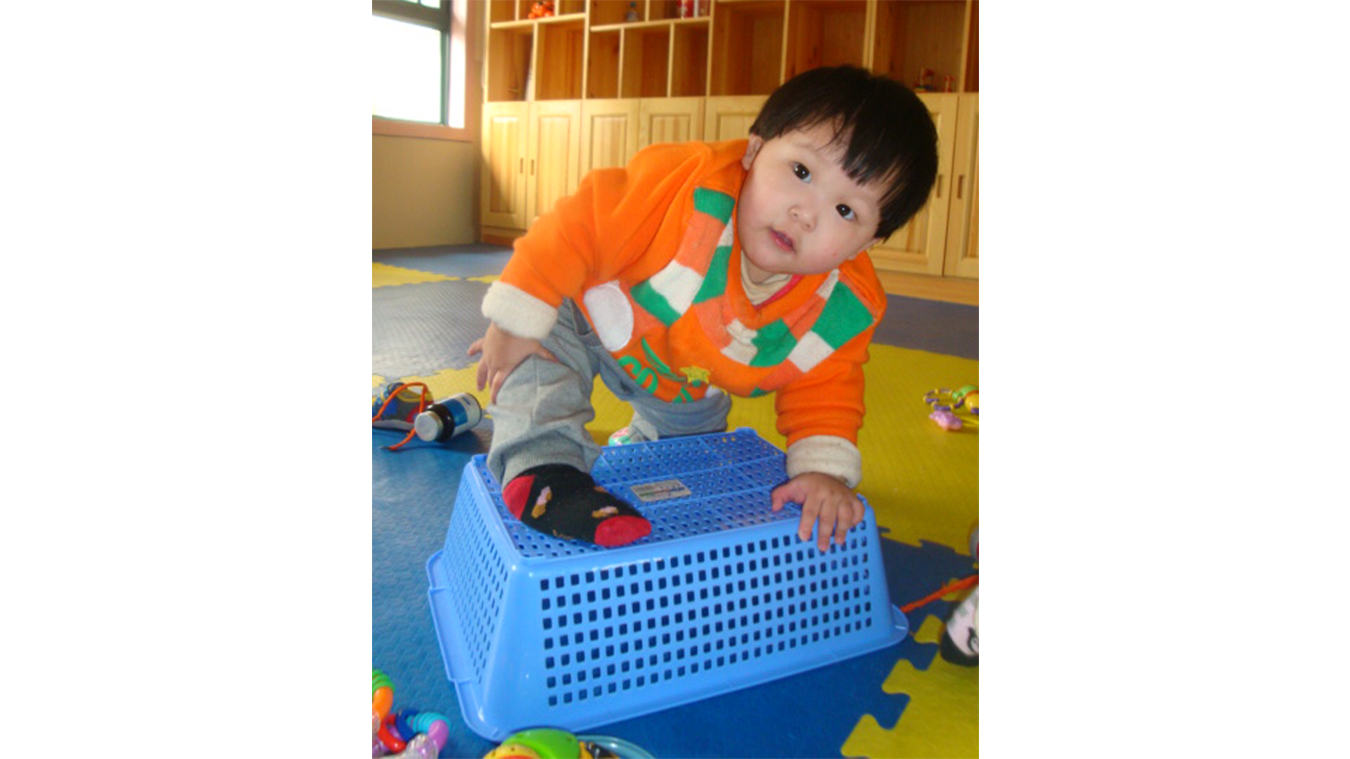 And by the time she was 19 months old, her giggles echoed in the playroom regularly. She would look for me and smile broadly!

My connection with Yuanmeng was strong and we often communicated without words.

Once, I noticed that she was looking at children playing outside on a swing set. She looked at me and I immediately understood what she was asking me. I went to her and asked: “Yuanmeng, do you want to go give it a try?” She nodded and I put her on the swing and pushed her gently. She had a great time! 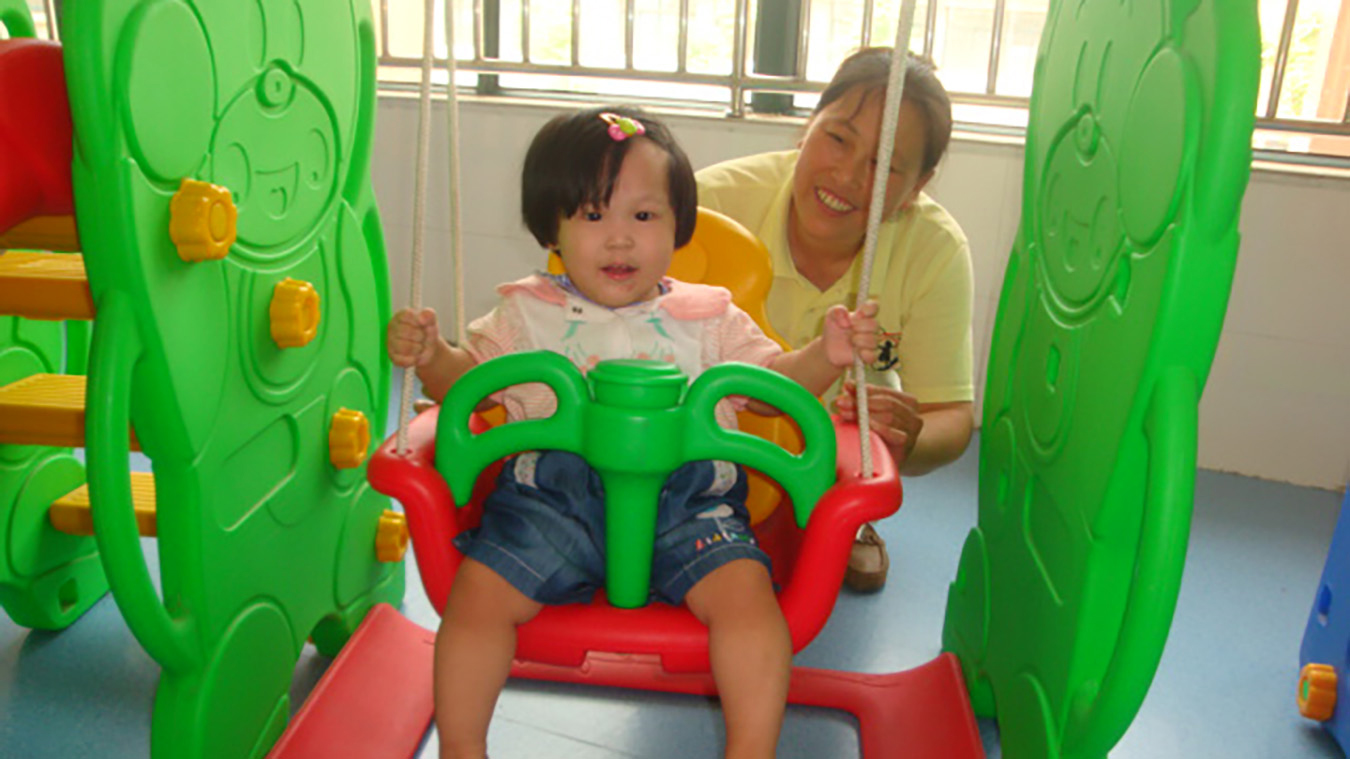 Yuanmeng also stares at other children often, observing them very carefully and then imitating them.

Recently, she was studying a group of older children carefully as they were playing ball and when the ball rolled in her directly, she gave it a kick. Everyone applauded.

I get emotional when I think back to Yuanmeng’s vacant eyes when I first met her. I am happy to see that now, her eyes are filled with wonder!

How a US Filmmaker Started a Charity to Improve the Care of Orphans in Chin...

An “Extraordinary” Partnership
Scroll to top